HEC-HMS version 4.10 beta 4 was used to develop this tutorial.

The goal of this example application is to demonstrate how to apply the new interpolation option and show how helpful the bias option can be when interpolating precipitation data in mountainous terrain. Some simplifications in the modeling process were made in the example. For example, only one precipitation and temperature gage were used for interpolation. It is recommended that you use as many quality measurements as possible when developing boundary conditions for a hydrologic model.

The Tule River watershed upstream of Success Dam is used for this example. The watershed is approximately 390 square miles and is located in the central Sierra Mountains in California. Elevation ranges from 650 feet at the dam to over 8,000 feet along the watershed boundary. The figure below show the watershed delineated into six subbasins. A major flood, rain on snow condition, occurred in January 1997 and is simulated in the model. You will notice in the basin model that there are three locations, junctions, with observed flow. These are the TuleR_MF_Gage, TuleR-R20, and TuleR_SF_Gage junction elements.

The figure below also shows locations for a precipitation gage (springville rs) and a temperature gage (Wet Meadows). Both gages have already been added to the project. The latitude and longitude were entered for the gages, and an elevation of 8,900 feet was defined for the temperature gage. 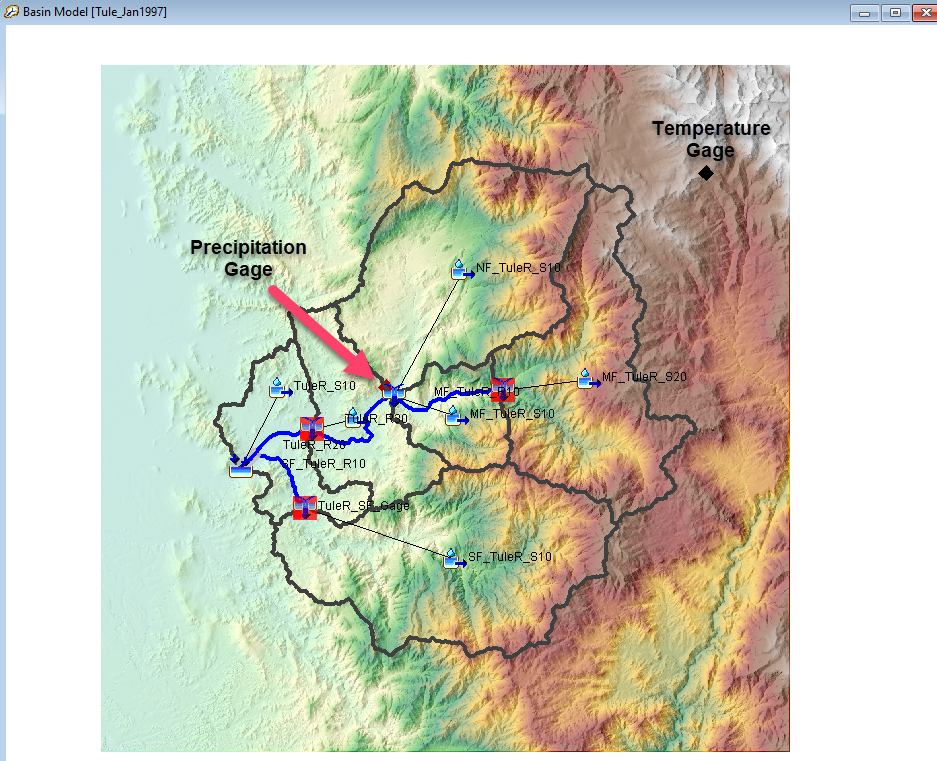 The gridded temperature index snowmelt method has already been configured within the basin model. The initial Snow Water Equivalent (SWE) was gathered for December 26, 1996, and then default conditions were used for the other snow state variables. 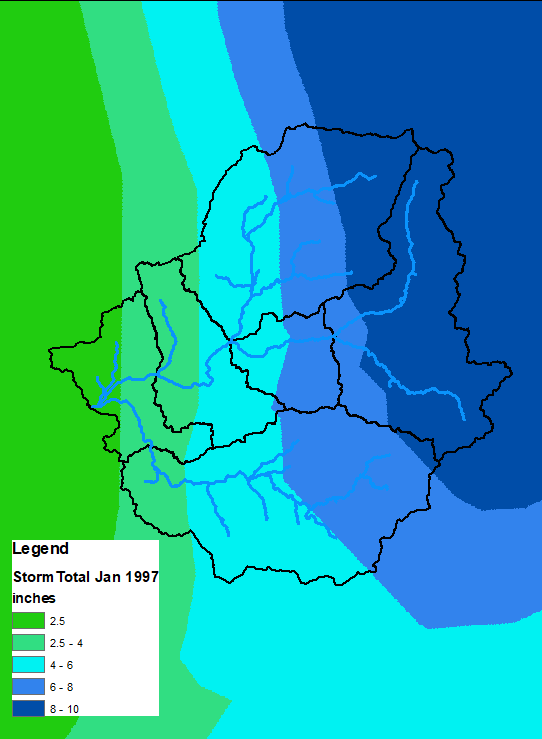 If you turn on the Discretization map layer your basin model map should look similar to the figure below. A 1,000 meter SHG was selected for each of the six subbasin elements. 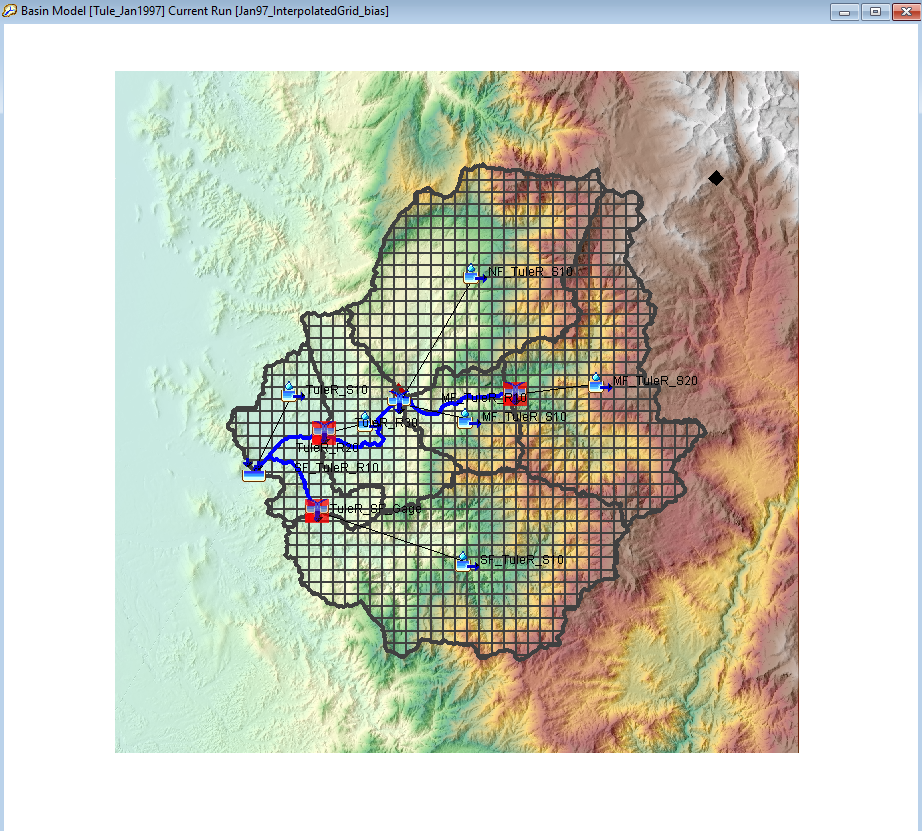