Precipitation losses to surface components involve the interaction of multiple processes at different scales.  The most basic process is infiltration of water into an ideal soil with uniform properties and infinite depth.  Initially, the soil is assumed to be uniformly saturated.  Once precipitation begins, water is infiltrated until rainfall exceeds the infiltration capacity of the soil.  At this point, excess precipitation is formed on the surface and subject to direct runoff computations.  As the volume of infiltrated water increases, the infiltration capacity decreases to a minimum rate which is equivalent to the soil’s saturated hydraulic conductivity, as shown in the following figure. 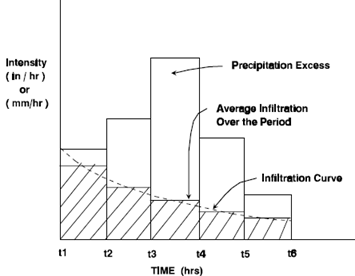 The flow of water in either saturated or unsaturated soil can almost always be described by Darcy's Law.  It is a basic relationship that states the vertical flow of water is proportional to the potential gradient.  When the spatial coordinate is taken as zero at the soil surface and measured downward, Darcy's Law can be stated in the following form:

However, not all precipitation losses are due to soil infiltration alone.  Interception of precipitation by a vegetation canopy or surface depressions (ponding) can reduce the amount of precipitation that will either runoff or be infiltrated.  Also, once water is in the soil, a portion that was infiltrated may return to the atmosphere through evapotranspiration.  Users are directed to the HEC-HMS documentation for further information regarding the available canopy and surface methods.

In this workshop, you will become familiar with the Deficit and Constant loss method that is available within HEC-HMS.  Specifically, you will: 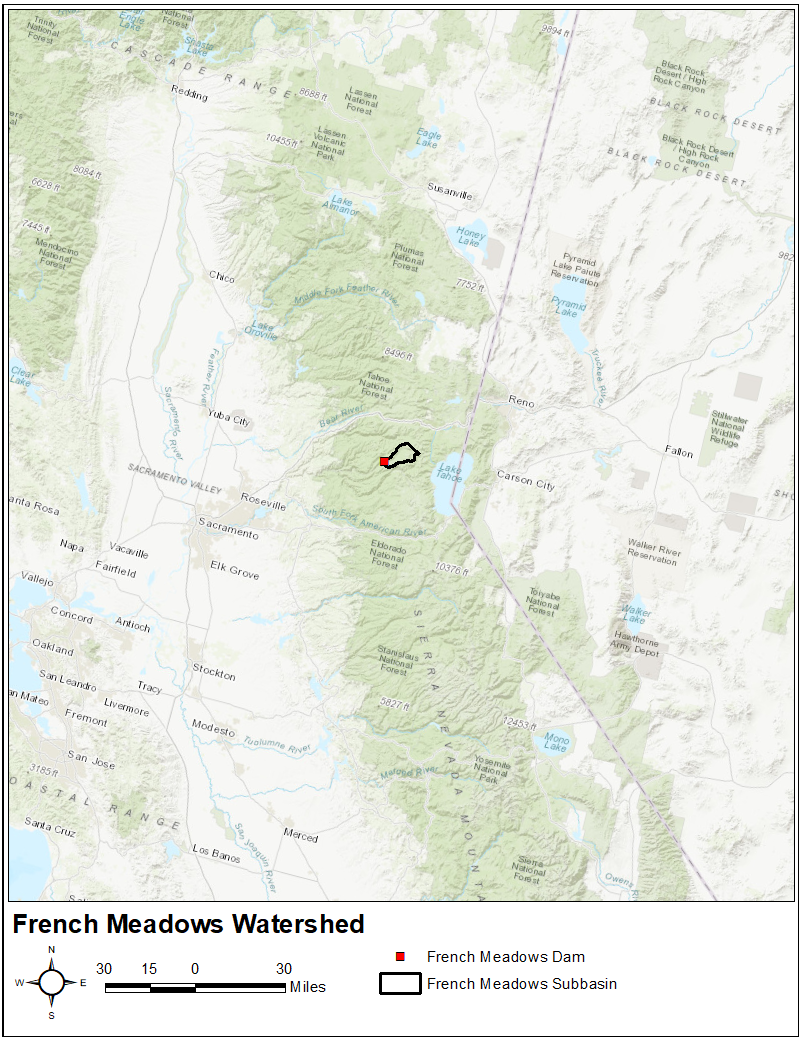 The drainage area upstream of French Meadows Reservoir is approximately 47 sq. mi.  Elevations within the study area range from approximately 4250 ft to 9000 ft as referenced to the North American Vertical Datum of 1988 (NAVD88), as shown in the following figure. 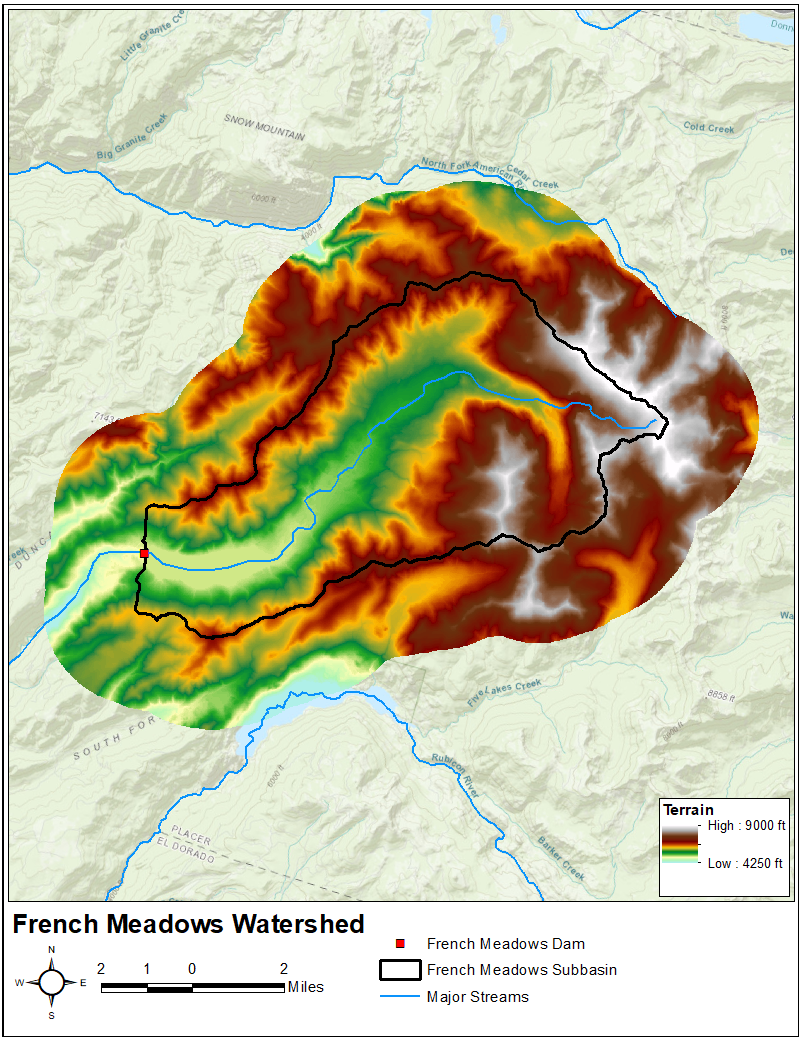 A 10-day time period in late December 1996 - early January 1997 will be simulated within this workshop.  During this time period, a major flood due to large amounts of precipitation, higher than normal temperatures, and melting snow occurred throughout California, Nevada, and other states in the Pacific northwest.  Total damages during this flood event were estimated at nearly $2 billion.

An elevation-storage and elevation-discharge relationship for French Meadows Reservoir was derived using observed data from the U.S. Geological Survey (USGS) and is shown in the following figures. 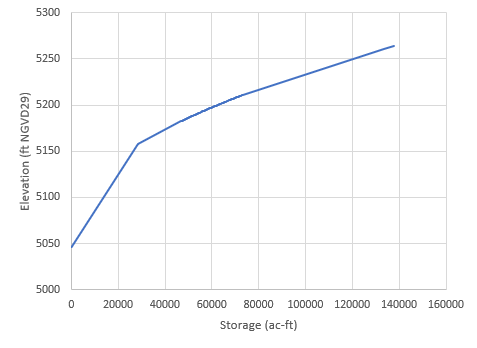 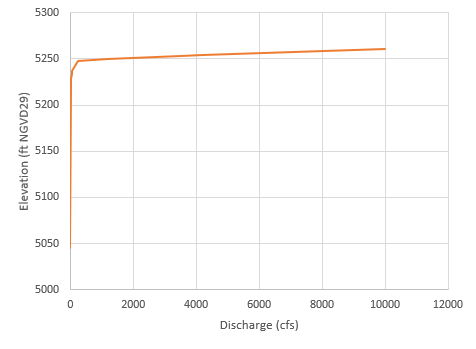 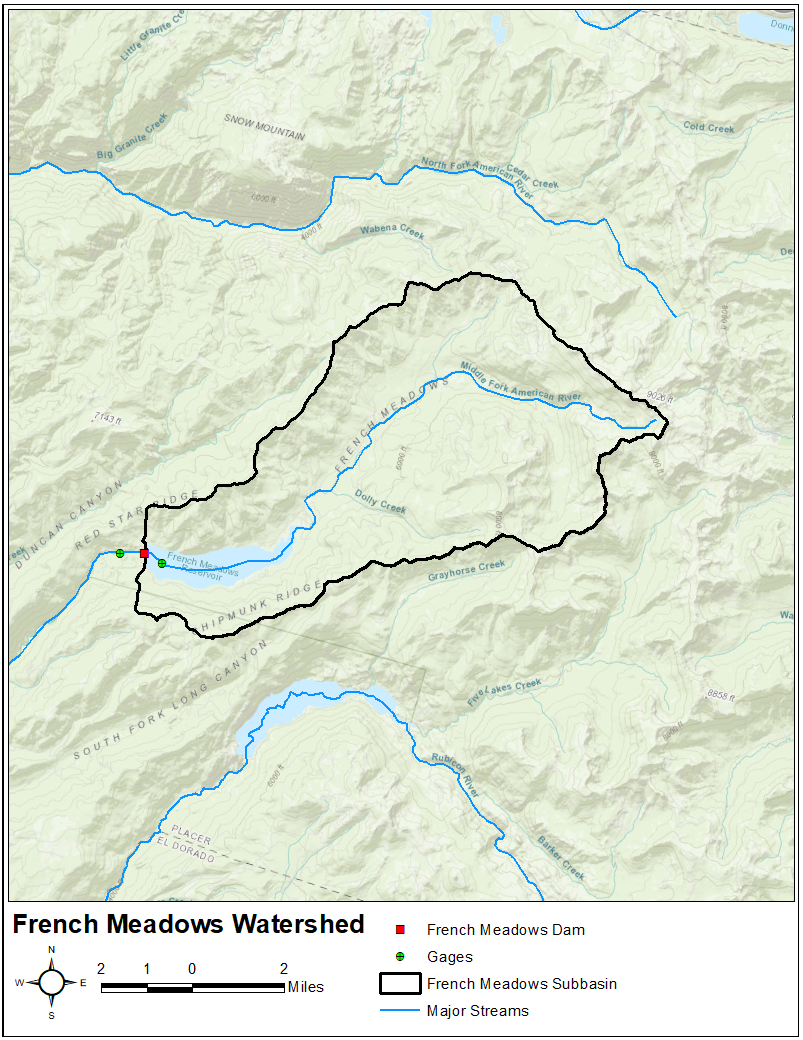 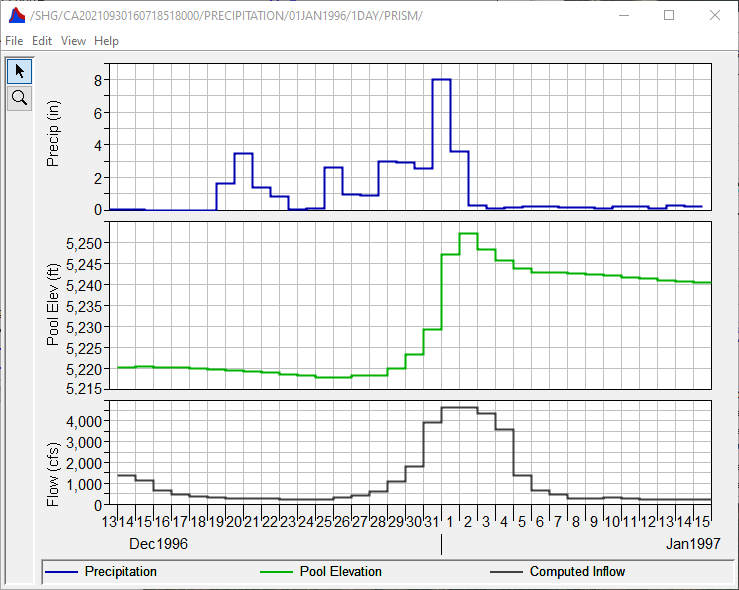 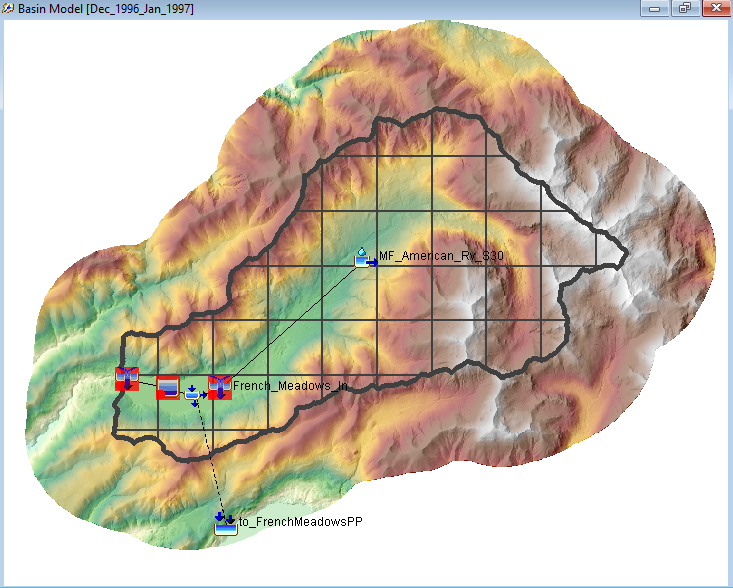