Calibrating a hydrologic model is the process of modifying parameters within acceptable ranges to obtain simulated results that replicate known conditions.  Model calibration is a necessary component to model development in order to have some level of confidence the simulated results adequately represents the modeled system.  Since models can be used to predict future outcomes or potential changes to the watershed, the model results must show it works.  In order to calibrate a model, observed data, typically collected in the field, is needed to compare the simulated results.  Observed data typically used for calibration are flow discharges and stages.

In this tutorial you will learn how to perform model calibration as an iterative process of entering and adjusting parameters and evaluating goodness-of-fit between the computed and observed hydrograph.  In the Clark Unit Hydrograph Workshop, you got a taste of what model calibration looks like by increasing and decreasing your unit hydrograph parameters.  In other tutorials, you learned about different modeling methods and how to initialize those parameters.   We will incorporate lessons and techniques learned from those workshops to calibrate a larger basin model.  The process of calibration will be iterative and will include manually changing model parameters and checking how those adjustments impact the model's ability to match observed data (flow hydrograph and reservoir pool elevation). There are other methods of calibration such as using optimization tools.  However, those will not be covered in this workshop.

In this tutorial you will: 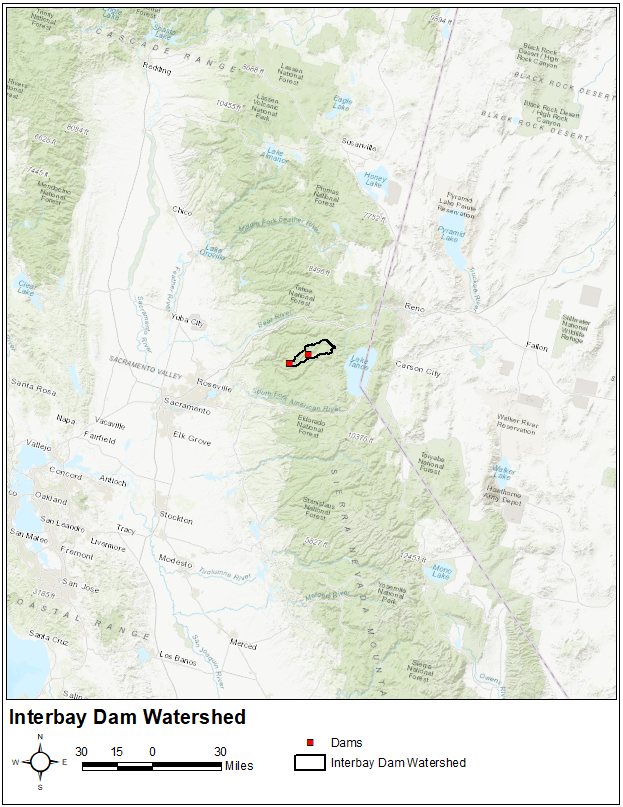 The drainage area upstream of Interbay Dam is approximately 90 sq. mi.  Elevations within the study area range from approximately 2000 ft to 9000 ft as referenced to the North American Vertical Datum of 1988 (NAVD88), as shown in the following figure. 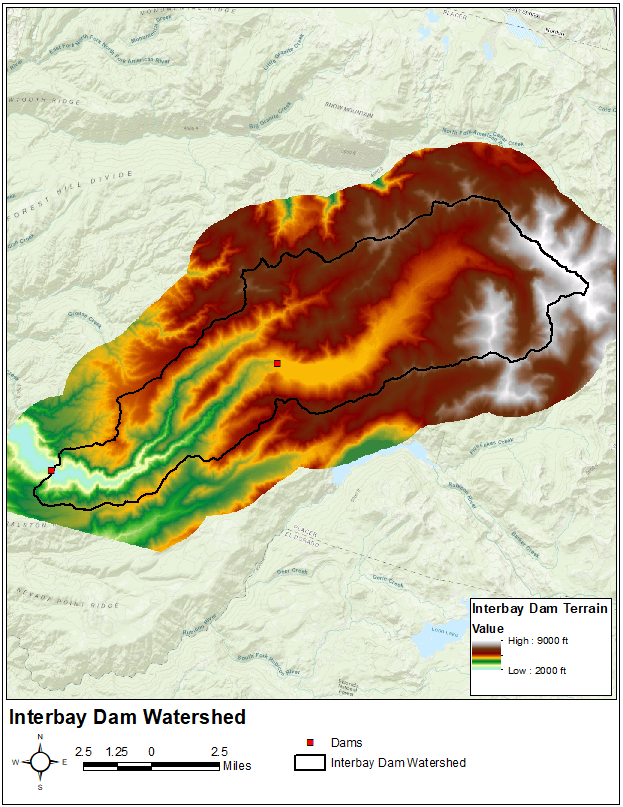 A 10-day time period in late December 1996 - early January 1997 will be simulated within this workshop.  During this time period, a major flood due to large amounts of precipitation, higher than normal temperatures, and melting snow occurred throughout California, Nevada, and other states in the Pacific northwest.  Total damages during this flood event were estimated at nearly $2 billion.

The location of the reservoir pool and streamflow gages in relation to the study area are shown in the following figure. 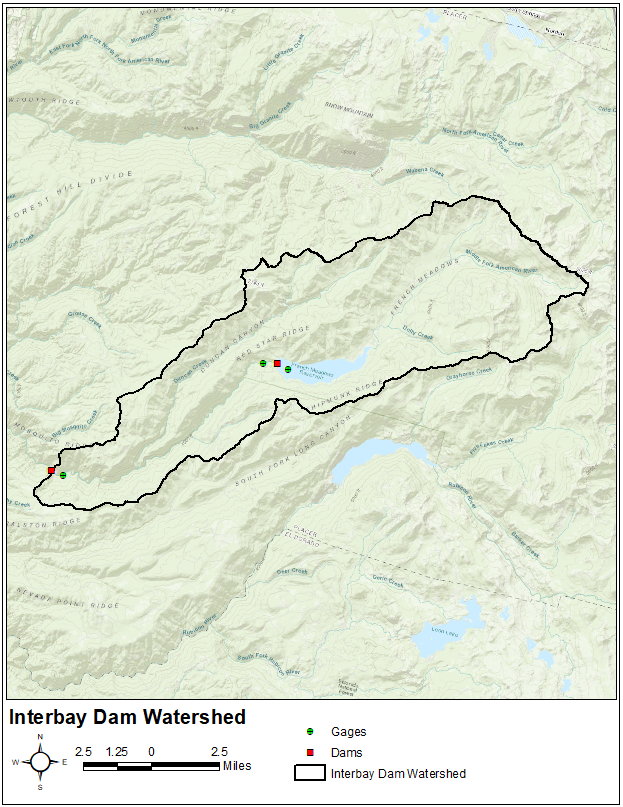 As shown in the following figure, there are subbasin elements, four junction elements, two routing reach elements, one reservoir element, one diversion element, and one sink element within the existing basin model.  This subbasin was originally delineated using terrain data downloaded from the USGS National Map Viewer.