In this workshop, you will become familiar with the Variable Clark unit hydrograph method that is available within HEC-HMS.  Specifically, you will:

In this tutorial group, the study area is designated as the Middle Fork American River watershed upstream of the French Meadows Reservoir near Foresthill, CA.  This study area was detailed here.

A hypothetical event occurring over a 4-day time period will be simulated within this workshop.

Liquid Water at the Soil Surface

A Liquid Water at the Soil Surface (LWASS) time series, based upon the time series generated within the Computing a PMF/Statistical Event Simulation and Analyzing Results workshop, will be used as the meteorologic boundary conditions within this workshop.  Within this hypothetical event, approximately 30 inches of LWASS were realized, as shown in the following figure. 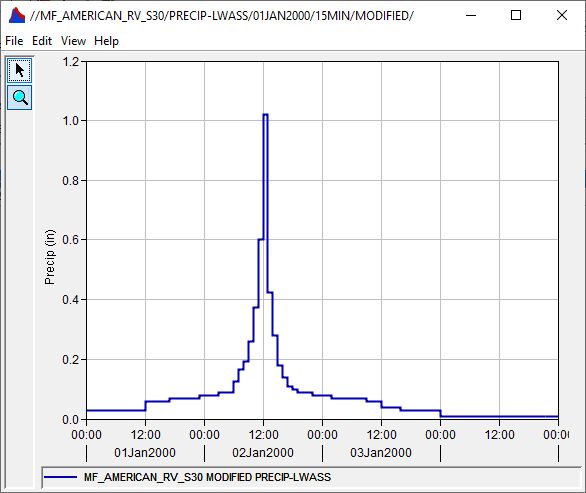 The 2D Diffusion Wave transform method was used to generate results from the hypothetical event, as shown in the following image.  These results will be compared against those generated using the Clark and Variable Clark unit hydrograph methods. 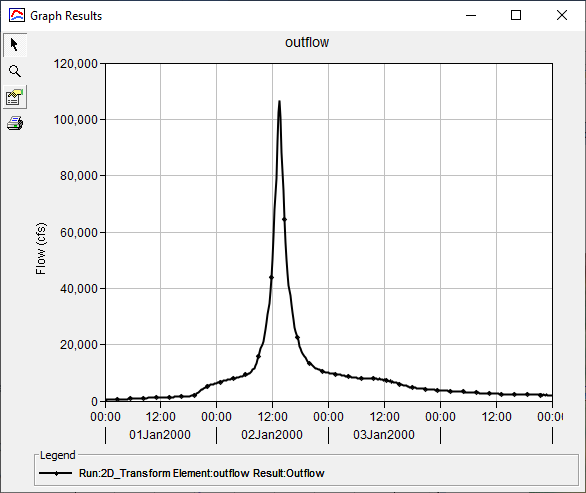 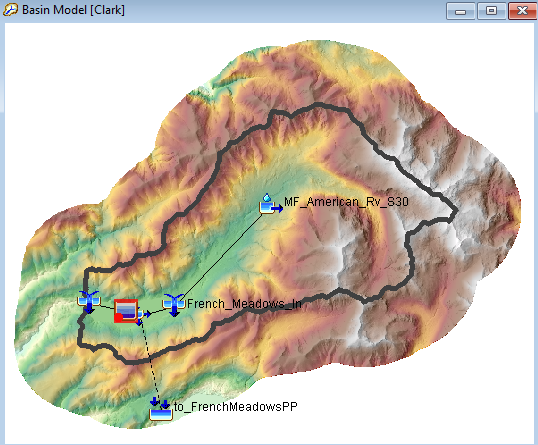