In an data-rich world, there is a proliferation of gridded earth science data that can be applied in hydrologic models. Earth science data is commonly distributed in NetCDF, HDF, GRIB, ASCII, and other formats. The primary input/output format of HEC programs is HEC-DSS. The Vortex Importer utility was created to rapidly convert data from a variety of sources into HEC-DSS format, to be consumed by HEC tools.

This tutorial will guide the user through creating a gridded precipitation boundary condition using the Vortex Importer utility.

The latest Vortex distribution can be downloaded here. Once downloaded, the distribution should be unzipped locally on the user's machine. Alternatively, you can launch the gridded data import wizard in HEC-HMS by selecting File | Import | Gridded Data.

A single day of multi-radar multi-sensor (MRMS) quantitative precipitation estimate (QPE) data has been provided in the following attachment:

A clipping extent shapefile for the punxsutawney watershed has been provided in the following attachment:

As previously mentioned, there is an abundance of gridded earth science data. The Vortex Importer utility was created with a generalized framework to read in data from a variety of sources. A table of common gridded data sources is provided at the bottom of this page.

Data can be downloaded manually, but for large datasets it is more efficient to download data using a script. A repository of community-maintained data retrieval scripts can be accessed on HEC's GitHub page. Users should be comfortable with programming before attempting to automate downloads with a script. For those comfortable with scripting downloads, please consider contributing to the project.

Note: The *.bat launcher will open with a command window that provides more output than would be otherwise realized during the processing phase. Either launcher will achieve the same end. 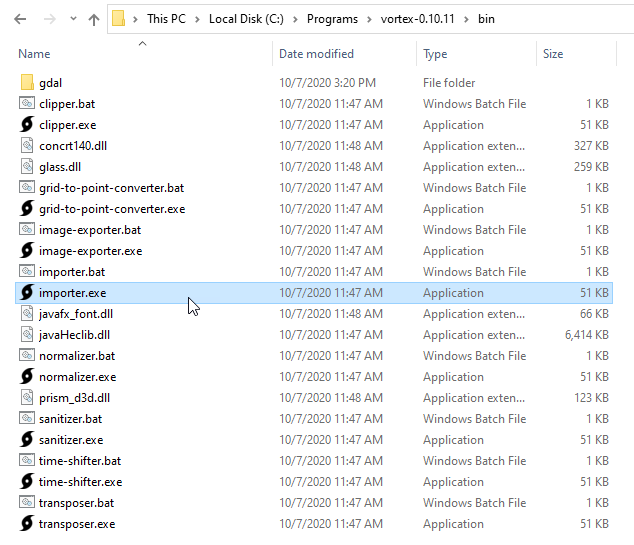 On Step 1 of the wizard, select files for import. Use the Open button in the top right to multi-select gridded data files. 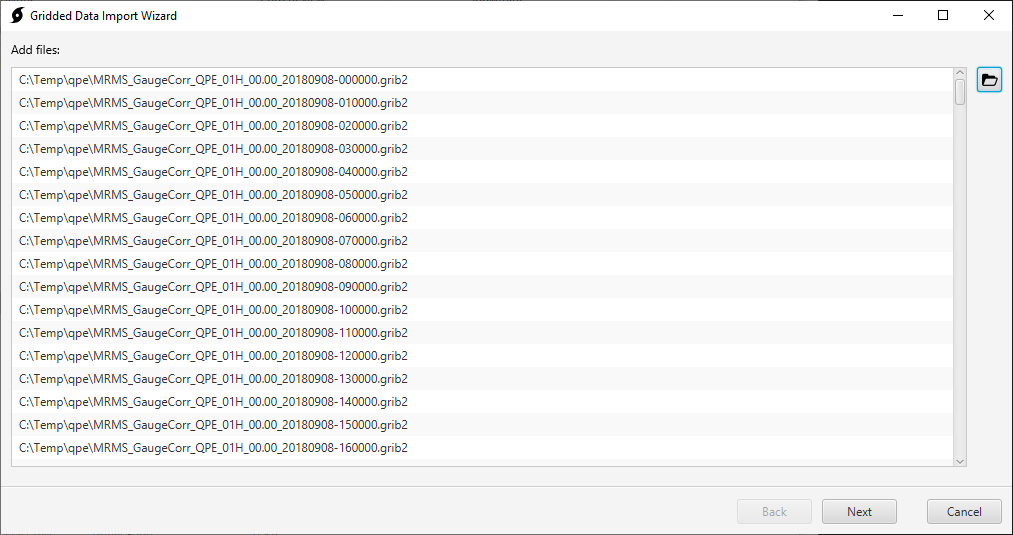 On Step 2 of the wizard, select variables to import.

Most scientific data formats have an internal "self-describing" structure that organizes the data. This includes variables, dates, extents, units, etc. For this QPE dataset, there is just one internal variable: GaugeCorrQPE01H_altitude_above_msl. 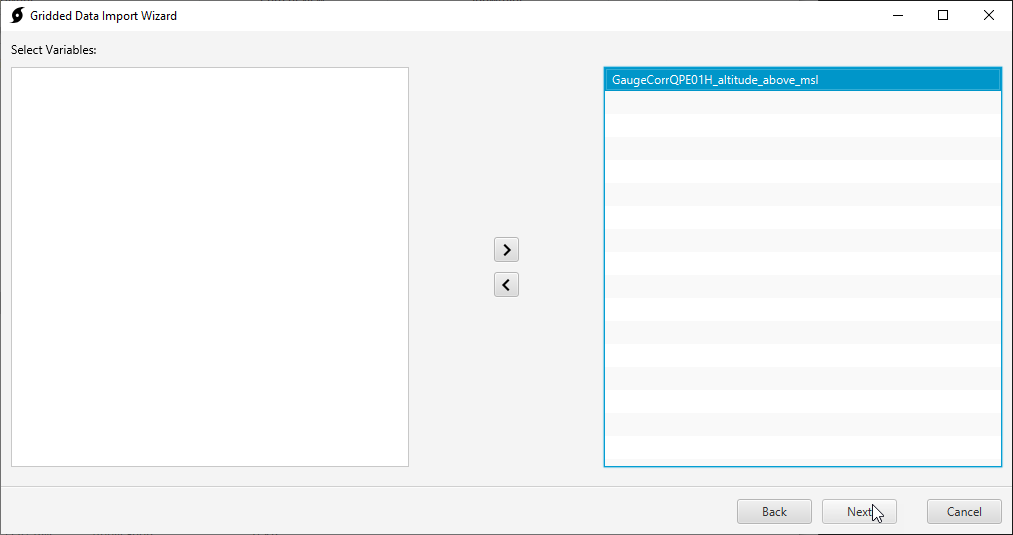 On Step 3 of the wizard, specify clipping extent and resampling parameters.

The clipping data source is a shapefile that is used to clip the extent of the grids. Clipped grids yield smaller file sizes and faster runtimes. It is best practice to clip data to the modeling domain. For strictly clipping existing HEC-DSS grids, without resampling, use the Vortex Clipper utility.

The target wkt is a coordinate reference system (CRS) in well-known text (WKT) format. Use the globe button to the right to select the standard hydrologic grid (SHG) CRS.

The target cell size is the cell size of the resampled grids. Use the grid button to the right to select 2000 meters.

Note: for HEC-HMS meteorologic models, all grids should be resampled to the same CRS, extent, and grid cell size. 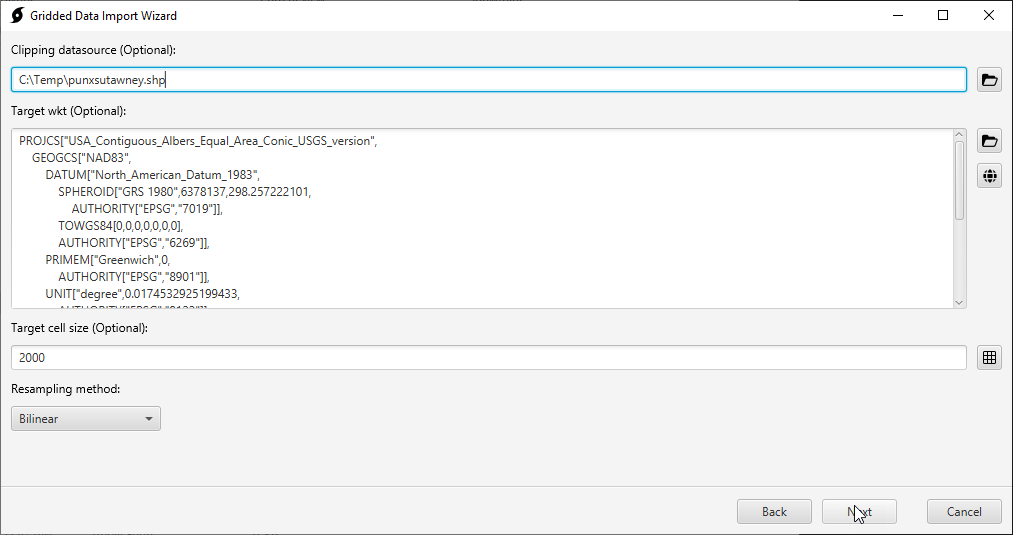 On Step 4 of the wizard, select the destination HEC-DSS file.

DSS A, B, and F parts can optionally be entered. The C, D, and E parts will be auto-populated, based on the data. 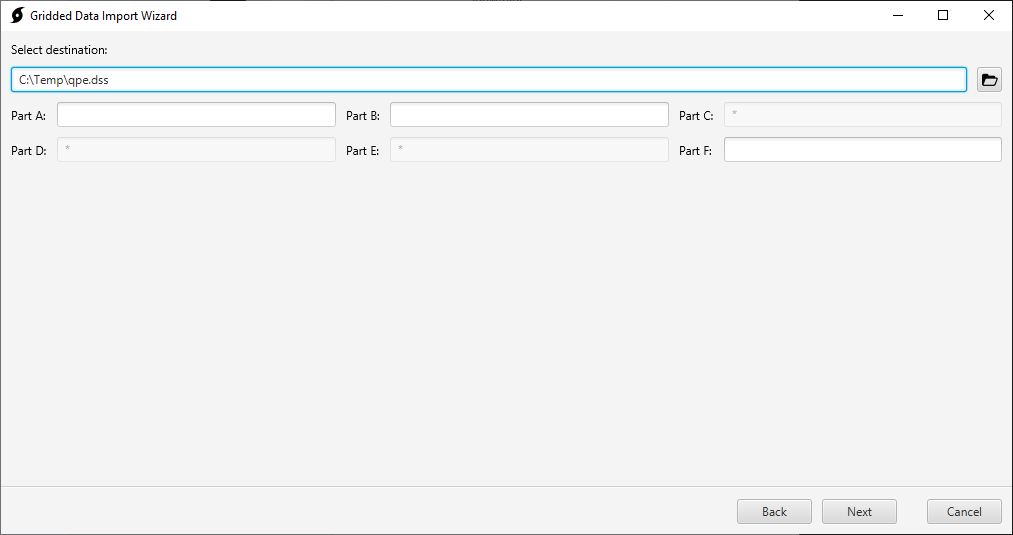 After clicking next, the Importer should go through a processing phase before arriving at import complete. 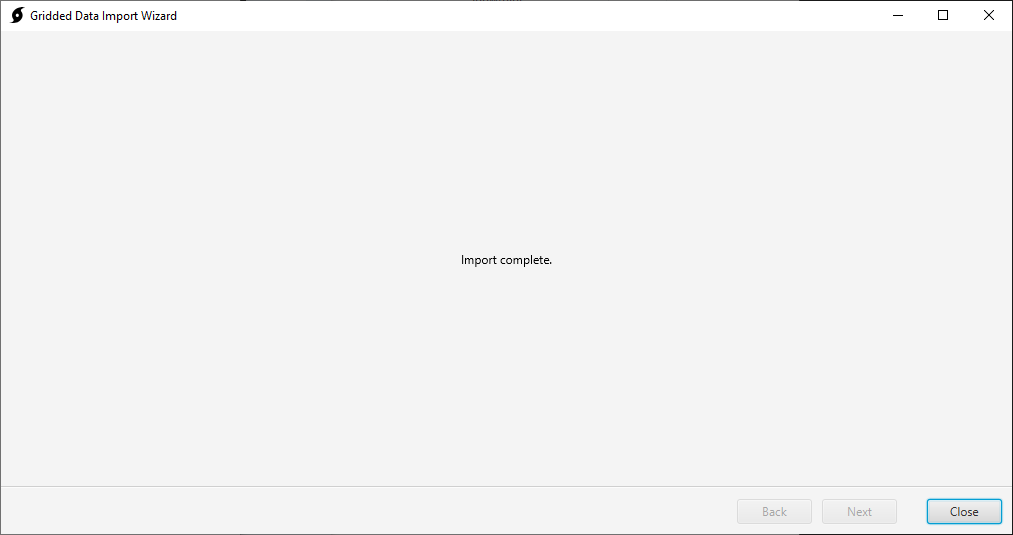 Close the Importer wizard. Gridded records can now be viewed in HEC-DSSVue.

Note: It is recommended that you use HEC-DSSVue v.3.* for viewing gridded data. Development versions of HEC-DSSVue can be downloaded here. 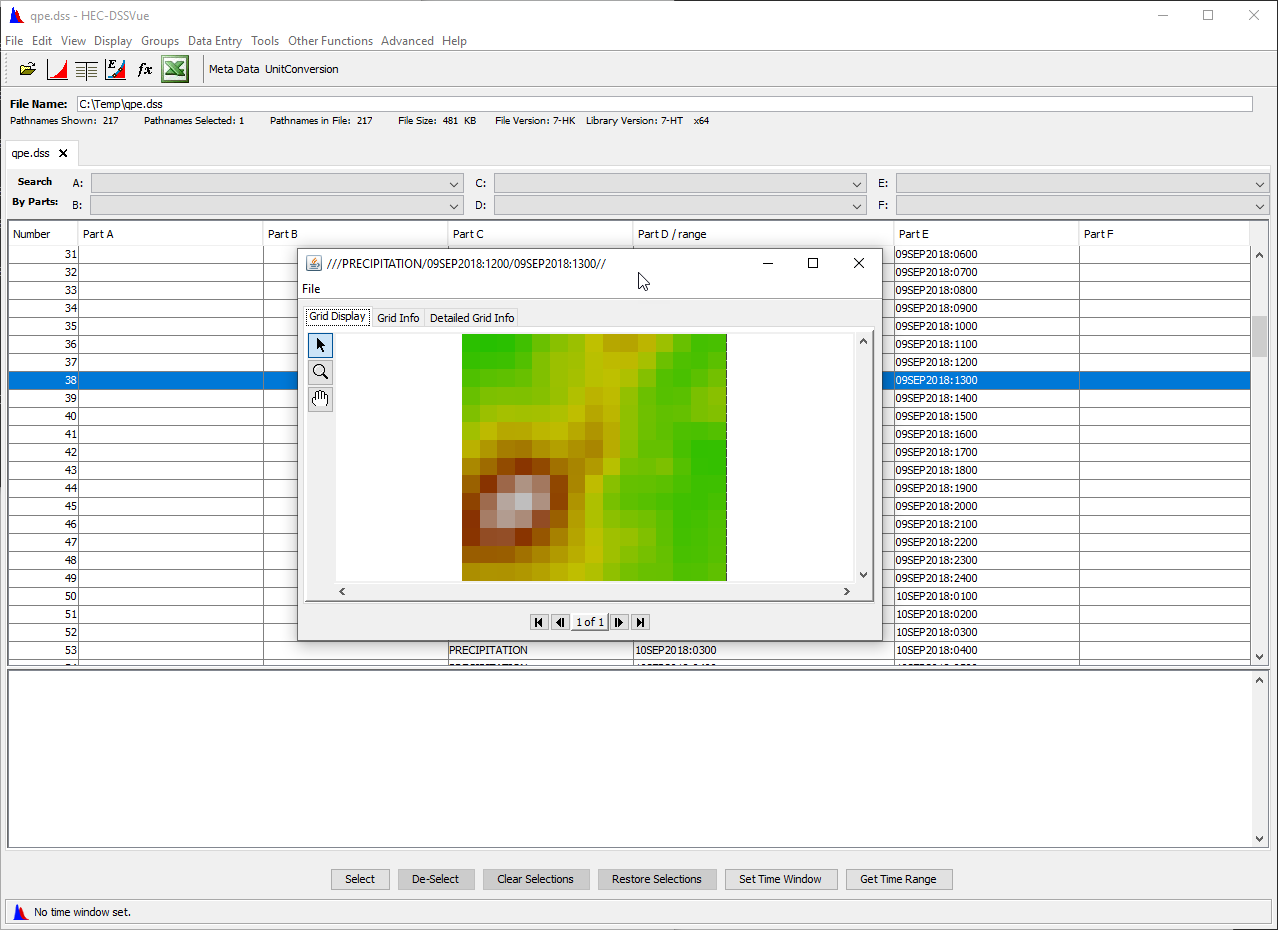 The gridded data can now be referenced in an HEC-HMS grid data object, and used within an HEC-HMS meteorologic model.