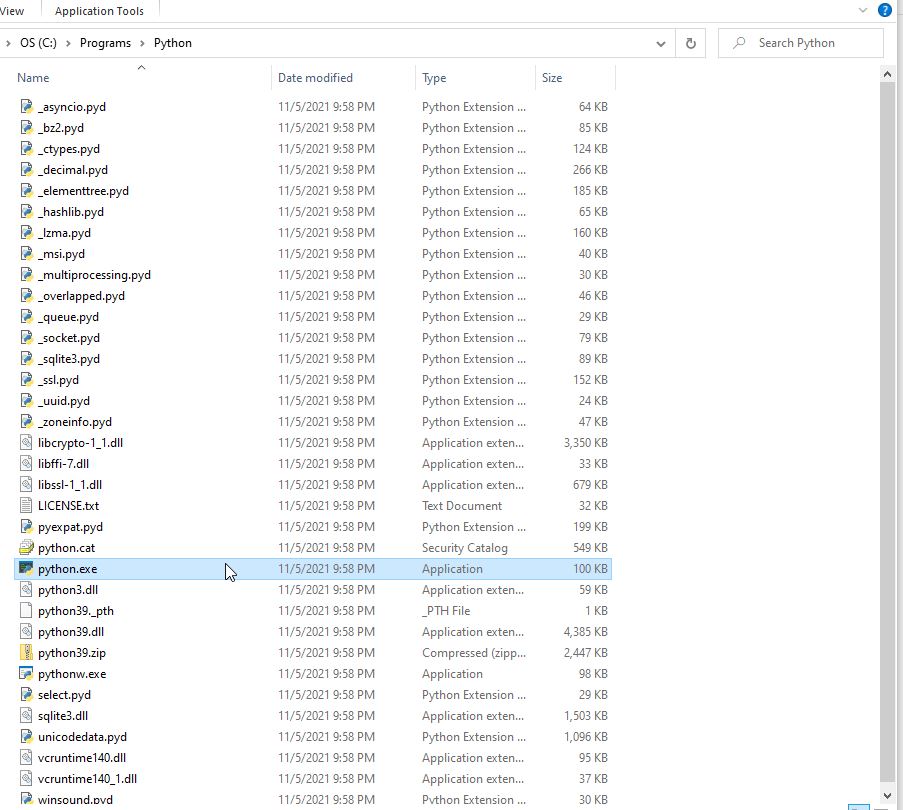 A repository of community-maintained data retrieval scripts can be accessed on HEC's GitHub page or can be downloaded here: data-retrieval-scripts.zip. In either case, these scripts must be downloaded to your machine.

This tutorial will walk through running the script to download gage-corrected QPE ("retrieve_qpe_gagecorr_01h.py").  Before the script can be run, a few parameters must be edited first.

3. Once the script is successfully run and the output reviewed the time period can be extended.

4. Adjust line 15 to an existing folder to store the output.

5. The edited file (adjusted start, end, and destination lines) is shown in the following figure.

6. Save and close the file.

7. Next navigate to the folder that contains the retrieve_qpe_gagecorr_01h.py script.

8. Enter "cmd" in the Address Bar and hit enter to open a Command Prompt at that location as shown in the following figure.

9. In the Command Prompt, enter the full pathname to the previously downloaded "python.exe" file, followed by a space, and followed by retrieve_qpe_gagecorr_01h.py.  The syntax is shown within the following code block and figure. 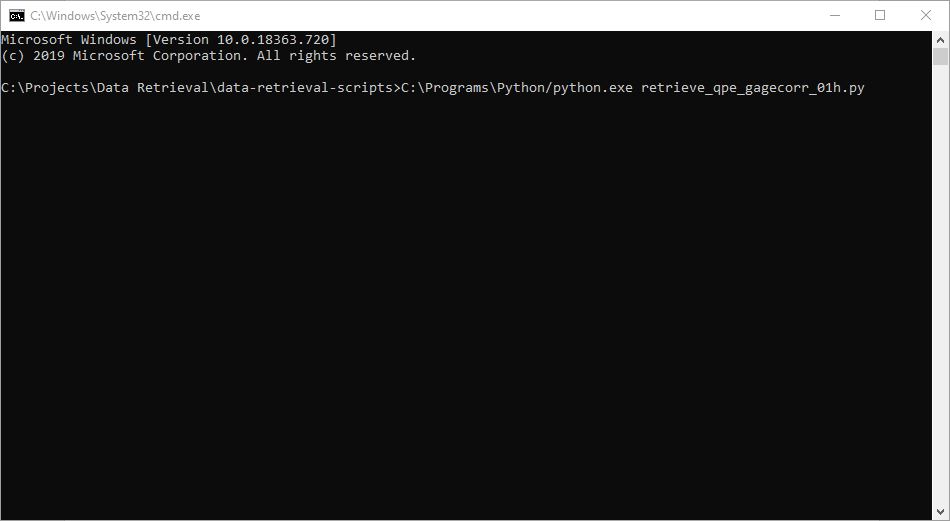 This step may take some time if a large time period was selected.

11. To check the output, navigate to the Output folder specified in "retrieve_qpe_gagecorr_01h.py" (line 15). The output will be in .gz format as shown within the following figure (one file per hour of data). 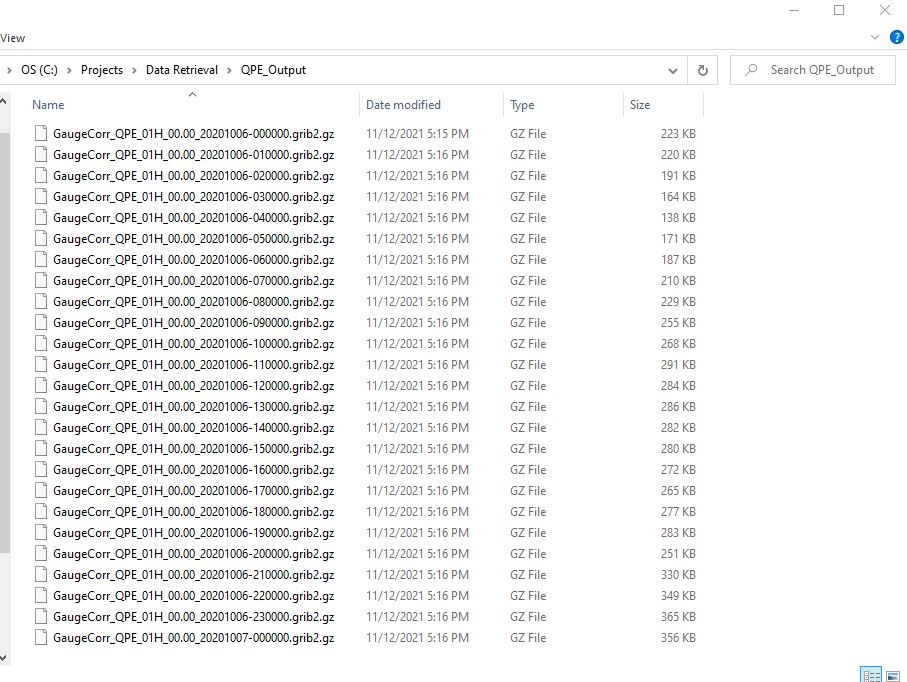 12. The .gz file format is a compressed archive format. To extract to .grib2, select all of the .gz files and click 7-Zip | Extract Here, as shown in the following image. 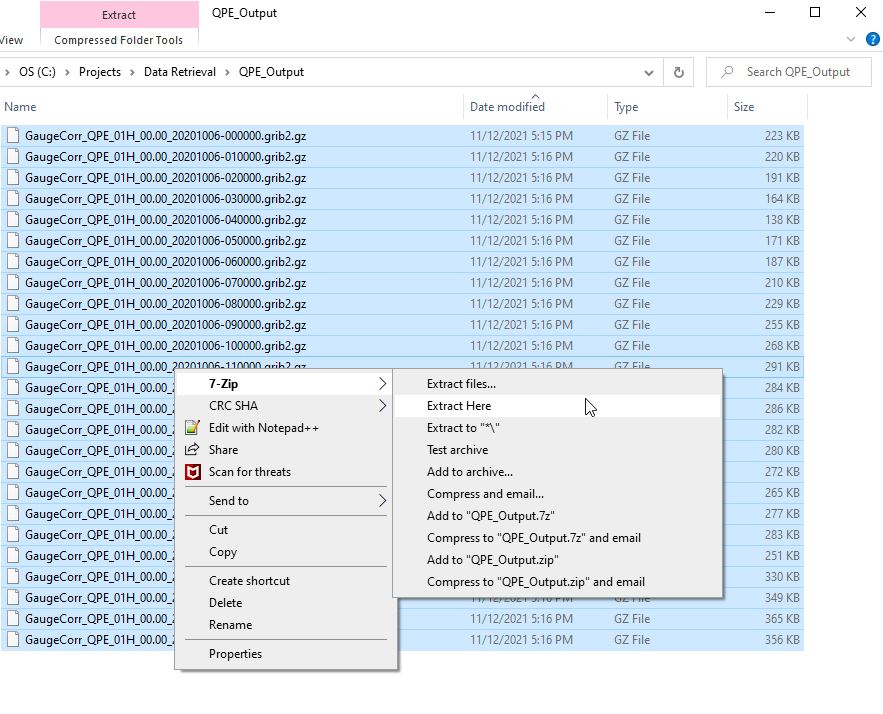 13. The QPE data is now ready to be used to create HEC-HMS Boundary Conditions using the Vortex Importer utility.