In this tutorial group you will become familiar with different baseflow methods in HEC-HMS, separate examples for using the constant monthly, linear reservoir, and recession baseflow methods are included. There are questions at the end of each tutorial.

In this tutorial group, you will be working with the Mahoning Creek watershed. The model was originally created using terrain data downloaded from the USGS National Map Viewer. Soils and landuse information were used to estimate initial model parameters, including loss and Clark unit hydrograph parameters. 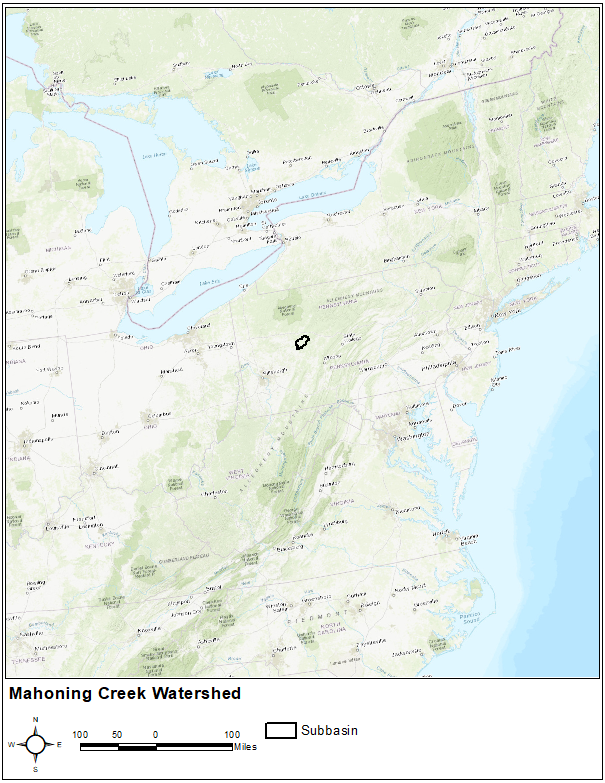 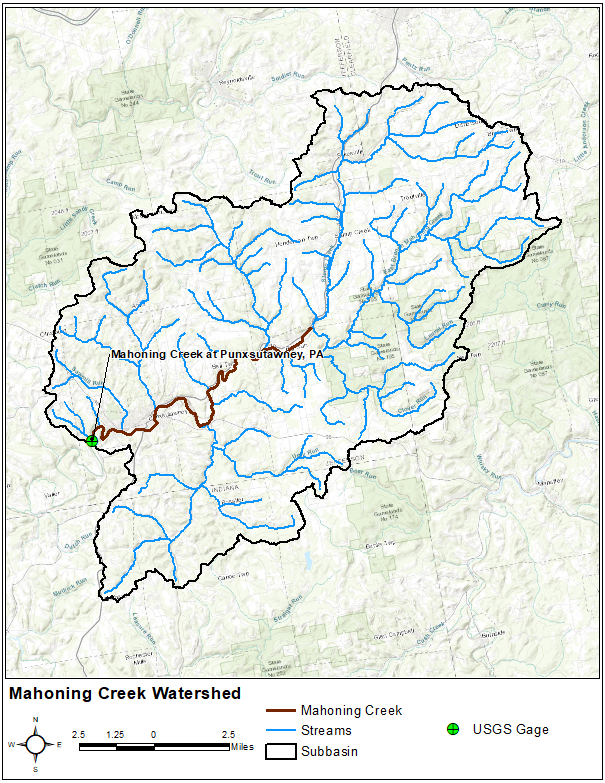 The simulation time-window for this tutorial group is September 7, 2018 through the end of September 23, 2018. Multi-RADAR/Multi-Sensor (MRMS) gridded precipitation is used as the boundary condition for the model. The MRMS gridded dataset has a spatial resolution of 4 square kilometers and a time step of 1-hour. The monthly average evapotranspiration method is used to compute canopy evapotranspiration to remove soil moisture. 15-minute observed streamflow data was gathered from the USGS for the Mahoning Creek at Punxsutawney gage. The data was shifted 5 hours to be on Coordinated Universal Time (UTC), also Greenwich Mean Time (GMT). By default, MRMS data is saved on UTC. The following figure shows the observed streamflow data for the Mahoning Creek at Punxsutawney gage for the simulation time period. 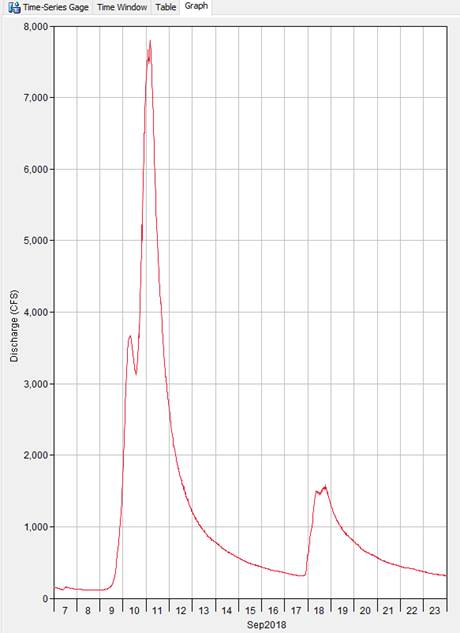 The following figure shows the Basin Model configuration. There is one subbasin element connected to a sink element. Flow from the Mahoning Creek at Punxsutawney gage was linked to both the subbasin and the sink elements. The subbasin element was configured to use the 2000-meter SHG structured discretization method, the simple canopy method, the Deficit and Constant loss method, and the Clark unit hydrograph method. 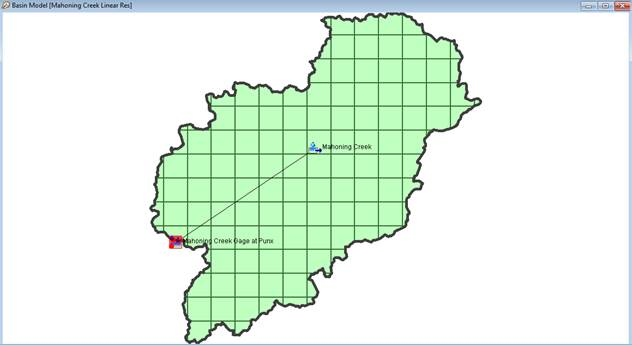 Simulation runs have already been configured that link the three basin models with the meteorologic model and control specifications. Initially, results at the Mahoning Creek Gage at Punxsutawney sink element will look like the following figure. Notice how the computed flow is missing an interflow and baseflow portion of the runoff hydrograph. The computed flow only includes direct runoff. The remaining tutorials in this group will show you how to turn on the different baseflow methods, how to parameterize the baseflow model, and how to calibrate the baseflow model. 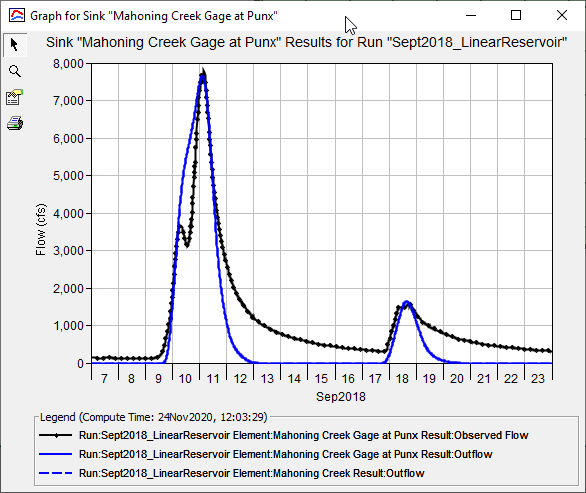